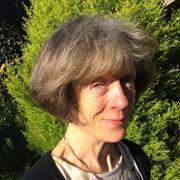 In-Person: 3335 Dwinelle Hall, University of California, Berkeley (The Program in Critical Theory asks that in-person attendees be masked and vaccinated)

Maeve Cooke is Professor of Philosophy–and former Head of the School of Philosophy–at University College Dublin, Ireland, and a member of the Royal Irish Academy. An internationally renowned scholar who’s written on a wide range of topics in philosophy and critical theory, Cooke is especially known for her work in contemporary political and social philosophy. Cooke has published two monographs in critical social theory: Language and Reason: A Study of Habermas’s Pragmatics (MIT Press, 1994) and Re-Presenting the Good Society (MIT Press, 2006), and is the author of many articles in the areas of social and political philosophy. She is on the editorial board of a number of scholarly journals, including Constellations and the International Journal of Philosophical Studies; she has held visiting appointments at leading universities in the USA and Europe (Yale, Berkeley, New School for Social Research, Free University Berlin, Konstanz, Frankfurt). Recently she has commenced work on a new project concerned with re-envisioning human ethical agency in the context of the Anthropocene. Professor Cooke has for some years been one of the directors of the annual Prague Conference on Philosophy and Social Science.

Martin Jay is Ehrman Professor of European History Emeritus at UC Berkeley, where he was also a co-founder and co-director of the interdisciplinary graduate Program in Critical Theory. First known for The Dialectical Imagination: A History of the Frankfurt School and the Institute of Social Research, 1923-50, his most recent books include Reason After its Eclipse: On Late Critical Theory and Splinters in Your Eye: Frankfurt School Provocations.